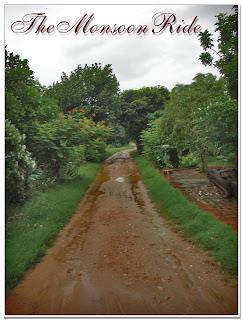 This is a Motor Sport Rally based on the TSD (Time, Speed, Distance) format .It starts from Jaipur goes to the ruins of Bhangarh town and fort and back to Jaipur on the same day. The track is going to be nearly 220Kms.The route is all tarmac except a track of 1.5 Kms gravel.The route goes through scenic Aravalis with lots of dips and curves. Enroute you will find some beautiful architecture and forts.

On the outskirts of the Sariska Sanctuary, set amidst forests, watered by murmuring streams and with the imposing backdrop of the Aravalis, lie the ruins of Bhangarh. The well-planned city was established in 1531 by Madho Singh, younger brother of the famous Man Singh of Amer. Even in ruin, the meticulous town planning, in keeping with the Indian system of caste-hierarchy, is impressive. For half a mile along the main road, are shops on either side-perfectly symmetrical and harmoniously balanced, sings of a prosperous urban center.The Johari Bazaar of Jaipur resembles the architecture here. Specially worthy of attention are two temples ornately carved in stone and marble. Legend veils the reasons behind the abandoning of the enchanting place. Famine, war pestilence, a slow decline, a queen's or a magician's curse..whatever the cause, Bhangarh remains hauntingly desolate today except for the ubiquitous monkeys, peacocks and the rare visitor, Internecine quarrels had, however, already caused the shifting of the capital to 32kms away, where the remains of old monuments can still be seen.