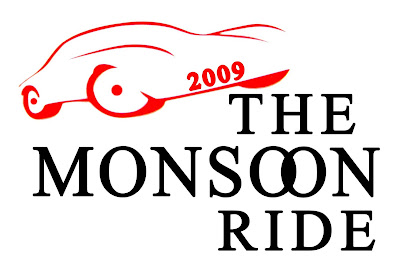 So friends we are finally through with the "The Monsoon Ride 2009". This was the first event we did under the banner Western Motorsports. Earlier we did an event for an NGO, but this is the one which we all toiled for day n night.

The credit for the success of the event goes to Mr. Yatin Gupta and Mr. Raj Singh. Yatin is the guy who was on the computer 24*7 working on every thing forms documents everything and it was same for Raj but on the cell phone either sending some sms or breifing people abt the event. I would also like to thank Mr.Anirban Mandal and Miss Shalini Alok Singh for getting grilled in the proceedings. Its very true without them the event was not possible. I wanted to say these words at the time of the Prize Distribution ceremony but could not as not a good and seasoned orator. At the time of the event running each and every official gave his best go and the results are there to be seen, the hard work is always paid off well. 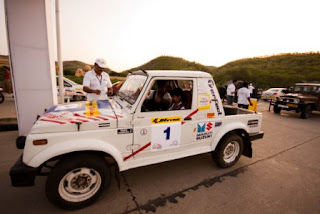 Would like to thank JK Tyres for all the did in very short span of time and for such a new group and event, hope we did the event well.

And there was the big brother Northern Motorsport : Mr.Jayesh Desai, Mr.Sudev Brar, Mr.Philip George, Mr.Bharat Upadhyay, Mr.Deepak Baluja, Mr.Rahul Dutt who helped us out with the equipment, with the know how, they were there every where to support us and didn't let anything go wrong, from the word go, in the true sporting spirits. I feel they have set a standard which should be maintained always and every where in the sport. 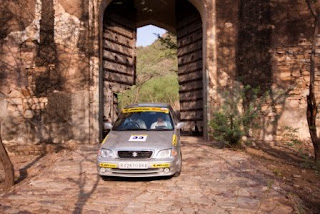 I would also like to thank Mr.Shashi Garcha from FMSCI who was the Steward for the event and helped us to the fullest.

The support from the participants which made the success story was unbelievable. There were the participants coming from all over the country. The zeal the passion for the sport was booming. Some participants were there who had cut across their league of extreme and participated in a TSD event which is all together a different ball game that shows their sporting spirit.

The Sun has risen for Western Motorsports, we keep it shining it in full glory and beeming, basking in its full glory.

The event started on 4th July and finished on 5th July, 4th was the scrutiny for documents and vehicles. In the evening a press conference along with the competitor briefing was held and the days proceedings were culminated with the ceremonial flag off by Maharaja Sawai Bhawani Singh ji MVC, Jaipur. Maharaja Sahib being a military man was early as his usual self best. Maharaja Sahib himself is a big sport which he showed by coming for the event despite being not in best of health, he had to go for a medical check up the very next day.

Next day the proceedings started as early as 0430 hrs as the line-up, was scheduled for then, which we in our technical language call "PARC FERME". The real action started at 0615 hrs with the first car flagged off. Everything went off smoothly and the rally reached destination for end of leg 1, Bhangarh. Till Bhangarh it was easy going, but the participants didn't know what laid in store for them ahead. Lunch packets were provided to all and here we faulterd as we had not arranged for water, apologies straight from the heart, next time it will taken care off in better way. 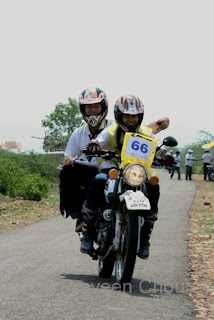 The leg 2 started at 1215 hrs, rally heading direction Jaipur and almost every body was caught with an eye candy, here a TC don get me wrong, rather correct. A tc Tc was placed in such a manner where the participants would see and forget the track and enter the TC leaving the track and another one was placed so that they get a penalty for wrong order entry into the TC and the plan fired well all were caught unaware, the target was achieved, what a satisfaction it gives when a plan is made and implemented and the desired results come out. This is the punch line of Western Motorsports "Execution to Perfection". 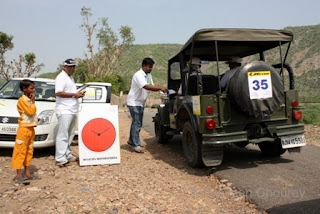 The rally ended without a single mishap with gods grace and not a single protest was there. 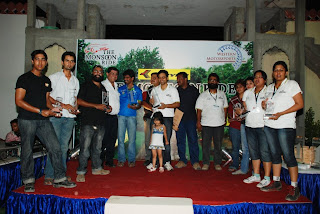 Last but not the least thanks to almighty for bestowing his blessings on us.

where can we see all the pictures and videos?