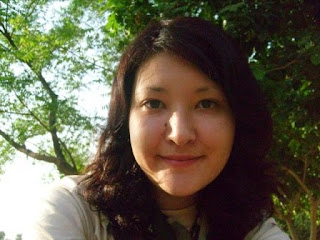 I am Sharofat from Tajikistan pursuing Film Direction course at Film and Television Institute of India, Pune. I recently participated in Chalchitra Expedition ’09, organized by Western Motorsports, Tourist Welfare Society Rajasthan and BYOFF, Puri in collaboration, as a part of our workshop. It was first time that FTII workshop was organized travelling across cities in Rajasthan.

The Expedition started from Jaipur and covered Bikaner, Jaisalmer, Pushkar; ended at Pushkar with Pushkar Fair.

Firstly, thanks a lot to the organizers of the expedition and creators of such a beautiful program with medieval Rajput forts where voices and footstep of their inhabitants can still be heard, lots of folk dances with ringing ghunghrus and flowing ghaghras, camel rides on the sand dunes in peach sunset light, small havelies that became a bridge between past and present and the golden town Jaisalmer, that looks like an arabian fairy-tale with all these shining panels on the walls, which are put by sellers...
Rajasthan amused me by wildly colorful dresses and craft-making. Only after visiting Rajasthan I can perceive an idea of such a colorful world: People living in desert compensate the flatness of landscape by wearing red, pink, yellow, orange, green clothes and even their houses are very colorfully painted and decorated.

To me Rajasthan seemed to be frozen, I could meet people from the historic times in the preserved frescoes on the walls of the palaces or havelies. And then ‘meet’ them alive right around the corner. The famous style of moustache, the big eyes, the transparent veil covered women and their costumes… are really fascinating.

Right before the expedition I was afraid that I wouldn't be able to find right communication with local environment, which I had to document as a part of our documentary workshop. And what a surprise and pity was when people started to accept me only as a tourist, and demonstrate only "formal" touristic side of themselves, which they show to thousands like me coming to their places to discover exotics (but I was just a student of FTII...).
For instance, at the Pink City Restaurant in Jaipur, where we were hosted, we met a guy who was preparing Rajasthani puppet show. We got interested in the performance and we approached him. Befriended, he showed us the puppets, taught how to handle them and let us perform for a while. From being spectators we were at backstage performing. It was an awesome experience. I remember this incident because there was something which didn’t happened to me later in whole trip. Inspite of my previous expectations about communications with local people, I felt that I couldn’t enter the space behind that colorful touristic curtain and become "one of them" (like it happened with puppet’s show), but had to remain as a viewer.

Certainly, there was a great job done by organizers of the event, chalking out the beautiful route of the expedition and schedule, taking care of lodging and food, but the problem seemed to be that this expedition wasn’t designed for the documentary workshop of the film-students and their requirements. Firstly, due to very tight schedule (of course, organizers tried to show participants as much of Rajasthan as possible and that’s their ‘plus’). But for us, in my opinion, it was too much of information, you even didn’t know to what object to give prerogative to be shot. Also the saturation of impressions provoked tiredness… Cause of a tightly planned schedule most of the time we couldn’t stop wherever we wanted to shoot something on the way from one place to another. It would create unnecessary delay and shifting of all the plans. And of course it would be impossible for the workshop to have a separate program than the main one.
Anyway, if you didn’t try you wouldn’t have an experience which would be helpful in future, but definitely it was a lesson how to manage in unknown location you see for a first time and shoot in rolling rhythm.