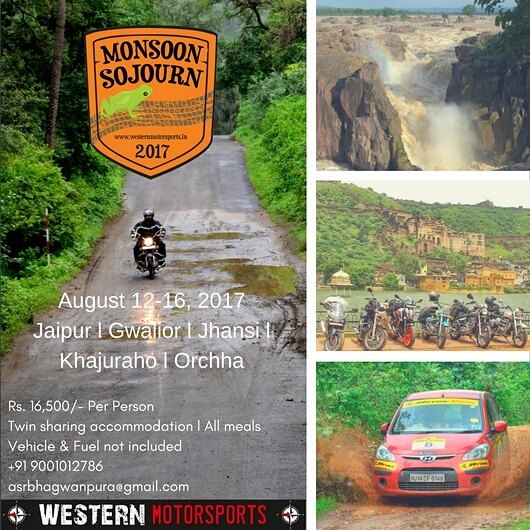 12th August, Saturday – Starting from Jaipur, we take a road less traveled to Gwalior. On cards is a famous traditional breakfast, a 1600 AD temple and some beautiful jungle roads.

13th August, Sunday – The day starts with a visit to the Gwalior Fort and a stroll through the bylanes of Gwalior to explore some crafts and local delicacies. Later we ride/drive down to Khajuraho stopping enroute at Jhansi to delve deeper into the story of Maharani Laxmibai of Jhansi.

14th August, Monday – Today we spend the entire day exploring Khajuraho and surroundings. On cards are the famous Khajuraho temples, Raneh waterfalls, State museum of Tribal and Folk Art and many more attractions. The busy day ends up with a pleasant evening of chatter and laughter.

15th August, Tuesday – After celebrating our Independence Day early morning we set out to explore Orchha through some beautiful and scenic road. Situated along the Betwa River, Orccha is a town of historical significance, also only place in India which does not hold Lord Ram as a God but as a King.

16th August, Wednesday – The last day we make a home run but not before exploring a waterfall and a National Park.